Top Rottweiler Mixes You Should Know About

Dogs are considered to be the “man’s best friend.” They are adorable and willing to protect their owners, making them great companions and protectors.

However, dogs are different in so many ways: shape, size, and color. Each breed has its own set of characteristics that makes them distinct from others.

In this article, you will know the different mixes of a Rottweiler. Rottweilers are domestic dogs used for helping out in various types of tasks.

In the past, its primary job was to herd livestock and help delivered meats to the market by pulling a cart. However, recently, it is more often used as a search and rescue dog that helps the police with their operations.
Rottweilers have also been bred with other dog breeds, resulting in various Rottweiler mixes such as those listed here. 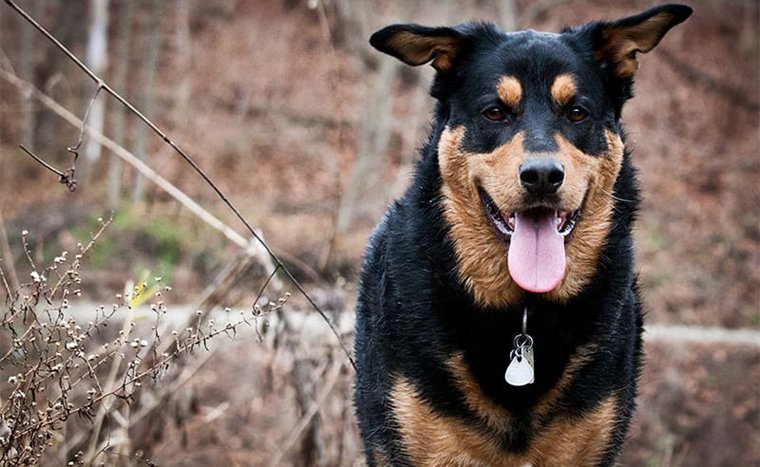 This breed is a mix between a Rottweiler and a German Shepherd. Both breeds are known to be aggressive, especially with strangers or unfamiliar people.

Because of this, it’s vital for Rottweiler Shepherd owners to properly train and socialize their dogs, especially while they’re young. This will help them become more comfortable around people and reduce the chances of becoming aggressive.

In terms of size and weight, the Rottweiler German Shepherd mix is undoubtedly larger and will weigh around 77-115 pounds. Furthermore, it stands about 22-27 inches tall when fully grown. 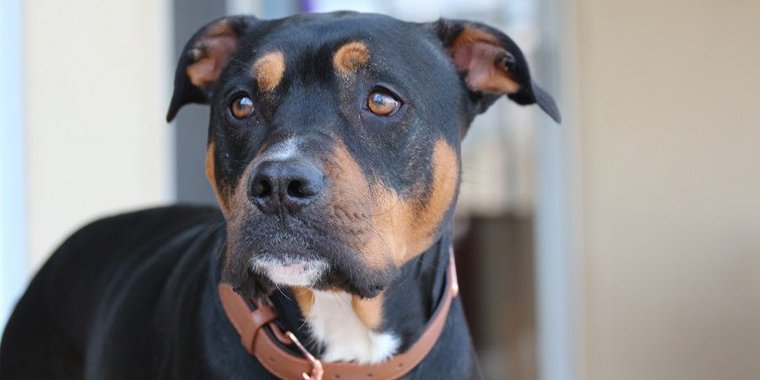 The mix between an American Pit Bull Terrier and a Rottweiler is called Pitweiler. Pit Bull is often described as being dangerous. However, many owners describe the breed as a very outgoing and friendly dog.

The Rottweiler Pitbull mix is an excellent guard dog that can protect its owner. However, due to its protective nature, owners of this dog breed should train their pets early to prevent them from becoming aggressive, especially around visitors.

Another notable characteristic of this breed is its high energy level, which is why it’s happiest when it has a job. 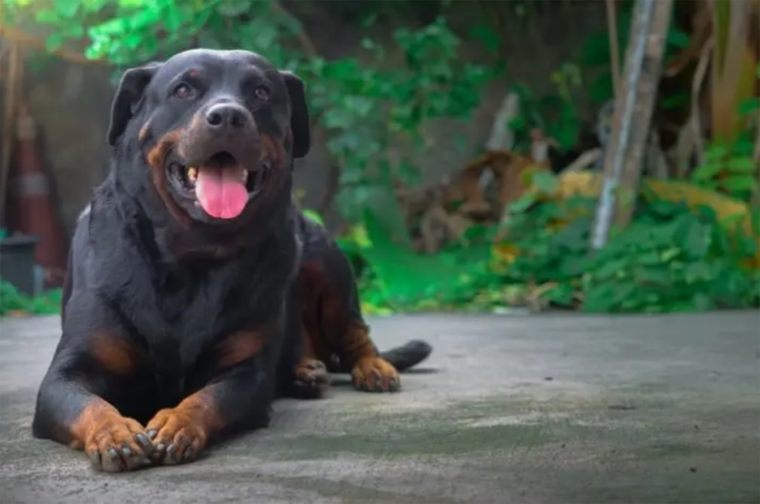 Rottador is a cross between a Labrador Retriever and a Rottweiler. These dogs are working breeds, so it is crucial to train them to avoid aggressive behavior.

Aside from this, the Rottweiler Lab mix is an affectionate dog who is considered loyal and family-oriented. This dog breed is also called Labrottie, Labweiller, Rottwador, and Rott’ n Lab. 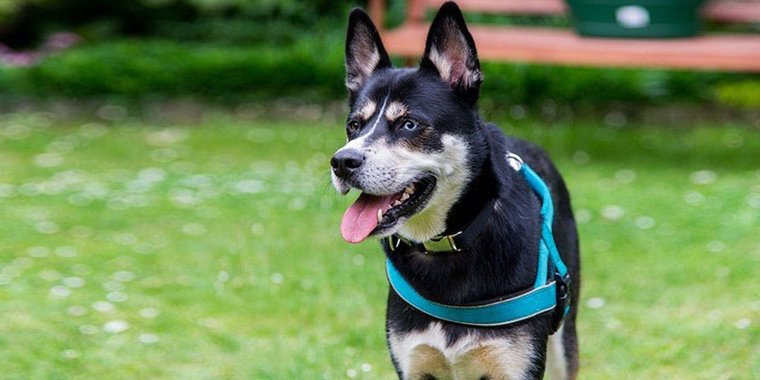 Rottsky is a mixed breed from a Rottweiler and a Siberian Husky. The Husky is a popular mixing breed because of its energetic and loyal nature.

The Rottweiler Husky mix is an athletic dog that can grow and stand about 25 inches and weigh about 75 pounds. Therefore, it is ideal for owners of this dog breed to have a large room and a large backyard for the dog to be comfortable and trained well. 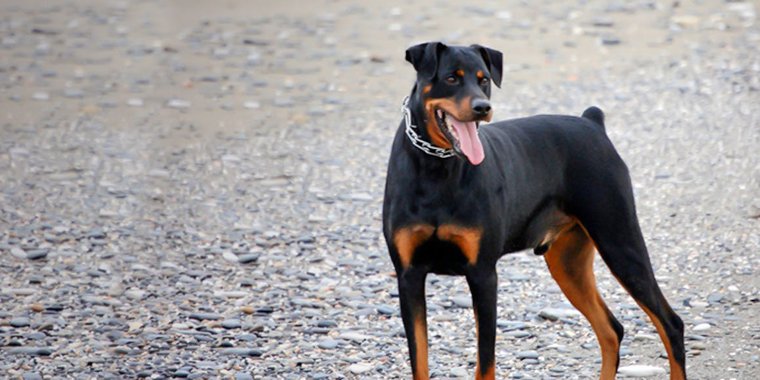 The Rotterman is a crossbreed between a Rottweiler and a Dobberman. It is an alpha dog breed, so not all can raise a Rottweiler Doberman mix. It’s best if an experienced dog owner raises this breed of dog. If you are a beginner, you will have a hard time raising such a breed for having alpha-dog characteristics. 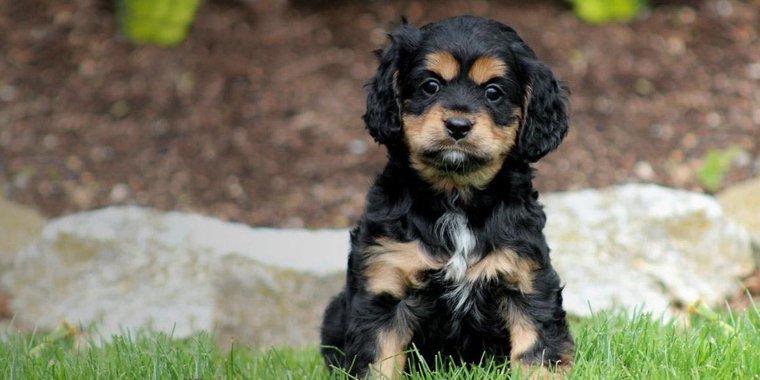 Rottle is a crossbreed dog between a Rottweiler and a Poddle. This type of breed is playful and is eager to please. It can weigh between 75 and 100 pounds when fully grown. It is a large dog that is relatively healthy and can be expected to live between 9 and 15 years.

The Rottweiler Poodle mix is calm and even-tempered who does well with children. Its loyal nature makes it an excellent option for a family watchdog. It goes by several names, such as Rottipoo and Rottidoodle. 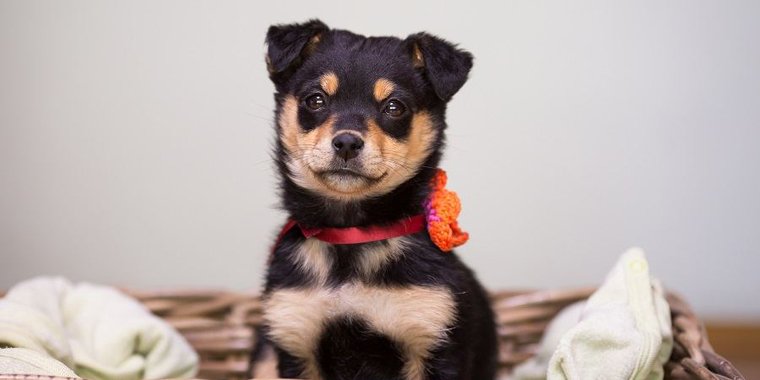 The Rotthuahua is a crossbreed created by crossing a Rottweiler with a Chihuahua. Chihuahua is one of the most recognizable dog breeds, being the smallest of all the dog breeds. The Rottweiler Chihuahua mix is a rare and exciting breed, and it is an odd-looking breed that is rarely seen.

One of the advantages of having this breed is that the Chihuahua has one of the longest lifespans among dogs, reaching about 18 years or more. It counterbalances the shorter lifespan of a Rottweiler, making the crossbreed live around 14 to 15 years. 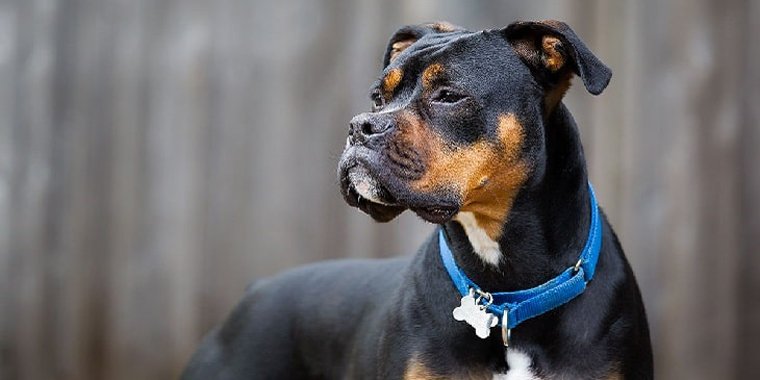 Boxweiler is a crossbreed between a Boxer and a Rottweiler. This type of breed is loving, Loyal, and bright. It is a large dog that can weigh up to 80 pounds when full-grown, and they can live up to 13 years. The Rottweiler Boxer mix is prone to obesity, so it is advisable not to overfeed them.

This type of dog may vary in size and appearance depending on which of its parents’ genes are more dominant. This dog breed can weigh up to 100 pounds. It is a sensitive type, so it frequently needs its owner’s attention. 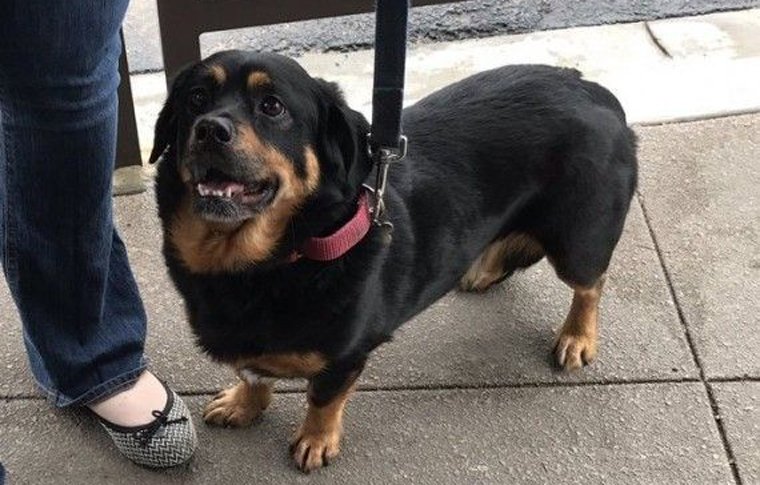 The Corgi Rottweiler mix results from breeding the Corgi and the Rottweiler. Despite its small size, it is an alert, affectionate and friendly dog. This breed can get along with children and other pets because of its warm and loving nature.

The Rottweiler is one of the most well-known dog breeds globally and a popular choice when crossing with other breeds because of its usefulness and excellent traits.

It was initially bred to drive cattle and pull carts. Nowadays, Rottweilers are more commonly found as police dogs and aides in the military.

Early training and socialization are essential when raising a Rottweiler or any of its mixes. Doing so will help develop its personality and proper behavior. This is especially important for dog owners who want to keep them as pets.