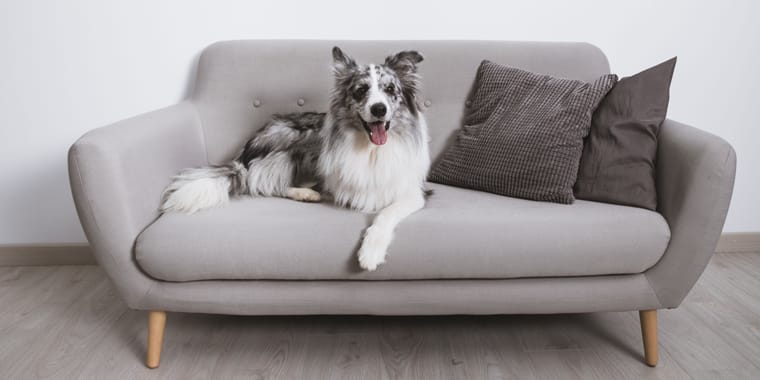 With their quick bursts of speed and crouching stalk, Border Collies are excellent at herding sheep. They were bred as herding dogs, and if they don’t have sheep to herd, they may be seen trying to round up other living creatures. These dogs are highly intelligent and have a great ability to learn new commands.

Other breeds are combined with Border Collies today to make some excellent crossbreeds. One promising possibility is that a crossbreed could inherit a tendency to be slightly less energetic from the other parent, but that’s not guaranteed. Let’s begin with a quick look at the Border Collie to understand some of the characteristics that will be found in the mix. 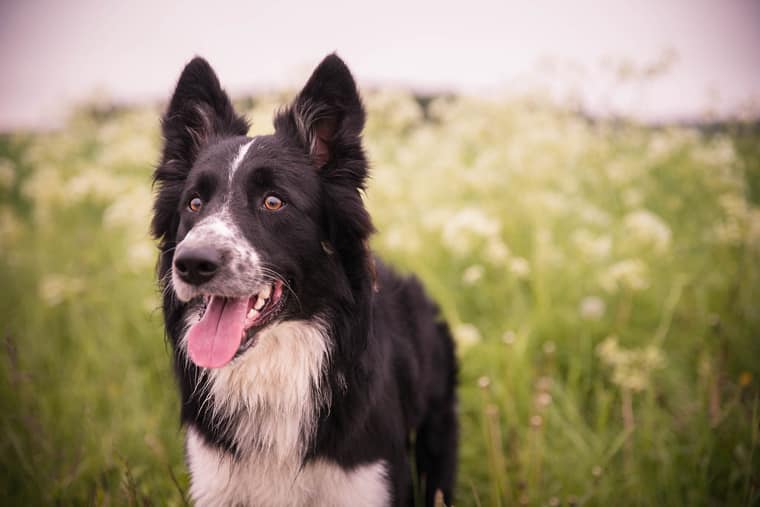 A descendent of several British sheep herding dogs, Border Collies were explicitly bred not to bark or nip while herding. Agile herders with a great work ethic, they are considered to be one of the most intelligent of all dogs. It was a while before Border Collies became known outside of Britain, and the American Kennel Club only recognized them in 1995.

Border Collies may have happy faces, but they can be quite highly strung. Without enough stimulation and exercise, they can become destructive. Known for their agility and boisterous spirits, they are best suited to owners who will spend plenty of time with them outdoors.

Here are some of the most well-known crossbreeds of border collies: 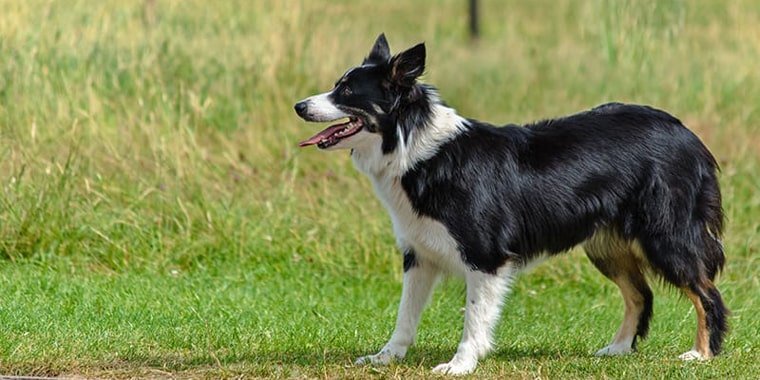 The Border Collie Australian Shepherd mix is one of the most intelligent hybrid dogs. The combination of these two herding breeds with similar traits creates a mix that can easily outwit an inexperienced owner. These medium-sized dogs respond well to training and love to please.

Border Aussies are energetic dogs with a great work ethic. They make good family pets, but they are happiest when they are kept active and engaged. Two hours of vigorous exercise a day will keep them at their healthiest.

The coat colors of Border Aussies range considerably from black and white, beige, and white to red or blue merle, and they may have tan markings. The coat is similar in length to a collie, but its texture is more like that of an Australian Shepherd. Border Aussies have striking eyes that are commonly green, blue, or brown, and each eye may be a different color (heterochromia). 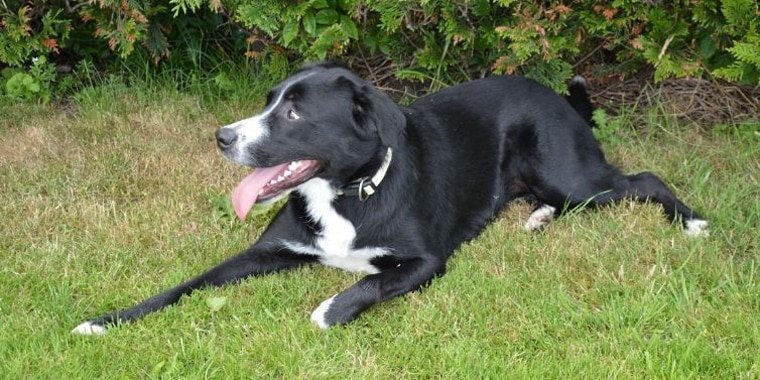 Labrador Retrievers have taken the number one spot on the American Kennel Club’s list of America’s most popular dog breeds for several years. The intelligence of the Border Collie and Labrador’s desire to please people make this hybrid smart, friendly, and energetic.

As a crossbreed, it is impossible to say how big a puppy will grow, but the size of the parents can be a good indicator. Appearance is also hard to predict, but Borodors generally have a softer, longer coat than a Labrador. Many of them are black in color with white markings, but they can also have brown or yellow coats with markings.

Boradors are best suited to young owners who can keep up and provide training. They respond best to a consistent routine, positive reinforcement, and a reward system, with food being their favorite reward. 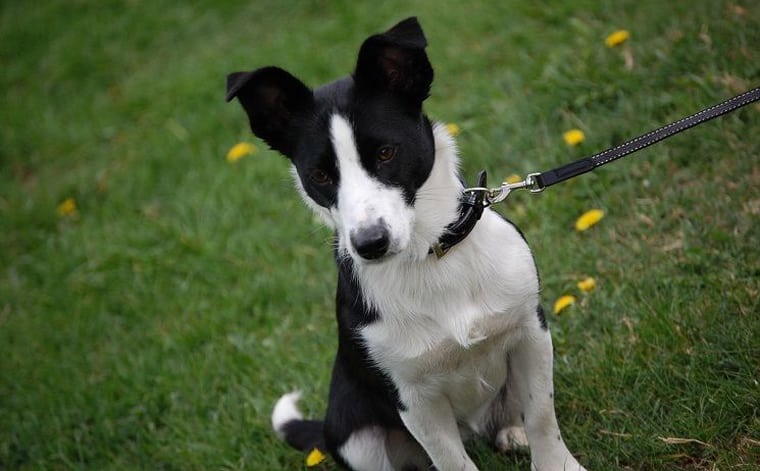 Mixing the Border Collie with the Jack Russell Terrier produces the spunky and intelligent Border Jack. The purpose of creating this crossbreed seemed to be to obtain the agility and speed necessary to excel in agility sports, such as flyball, and to have them as family pets.

Flyball is a relay race for dogs in which a dog from each team races over jumps, releases a ball, and returns with it to the start before the next dog can begin. You may want to look into local flyball tournaments to give your Border Jack the exercise he needs.

The Border Jack is an intelligent, independent thinker who will require early obedience training and socialization. If trained properly, these affectionate, devoted dogs make great family pets, and when they are fully grown, they make good running partners for their owners. They enjoy being around children and are playful and loyal, but as they are so rambunctious, they shouldn’t be left alone with small children.

These compact and strong-bodied, medium-sized dogs usually resemble Jack Russell Terriers more than Border Collies. They have small heads, their ears are forward-flopping, and their dark almond or oval-shaped eyes have an alert expression. 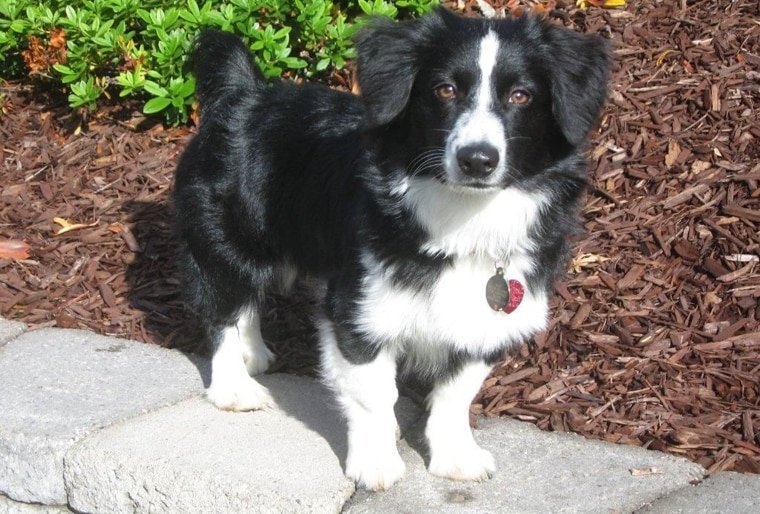 Among the many popular Corgi mixes is a Borgi, a cross between a Border Collie and a Welsh Corgi. Queen Elizabeth is a corgi fan and has owned corgis for more than eight decades. In 1933 she received her first Corgi from her father and had loved them ever since. Corgis are very loving and like to be around people all the time.

Training or housebreaking a Borgi may be difficult as it could inherit some of the fierce independence and stubbornness of its Corgi parent. Experts recommend early socialization, so Borgis know what is expected of them from an early age.

Borgis are likely to have longer hair than corgis, which means they need more maintenance. The coat is usually a mixture of the colors of the parents. The body size of the Borgi is similar to that of a Border Collie, but it may be longer, like the Corgi. A Borgi is often on the shorter side when it comes to height.

If you’re on the hunt for a Border Collie mix puppy, doing some research into each of the parent breeds is worthwhile. It will help you to decide on the best cross breed to suit your family and lifestyle. You will also need to find a reputable dog breeder to make sure you’re getting a healthy, happy puppy. Be sure that you’re ready for the intelligence and high energy of these crossbreeds, or they could prove challenging. However, if you’re prepared to take them on, they make the most amazing companions.