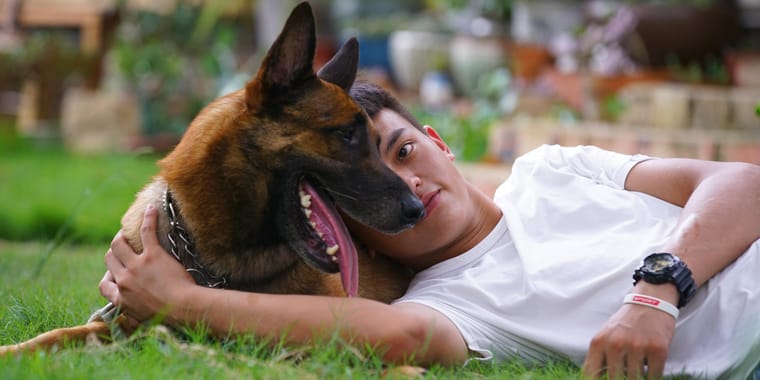 How to Discipline a Dog the Right Way?

Dogs have different behaviors due to certain factors such as the environment where they grew up and the social experiences they have with other animals and humans. Regardless of the behaviors they have, it’s imperative that we do something about the bad habits that they do. We must take immediate action to correct them to prevent further serious problems.

One who owns a pet must learn how to discipline a dog and how to make them understand that some of the things that they are doing are not always right. Since dogs are, most of the time, not aware of what the results of their actions would be, we must be armed with the right disciplinary measures at all time.

So, for those who are interested, good thing you’ve got this guide to help you discipline your dog. To start, here are some basic disciplinary guidelines that you can follow:

How to Discipline a Dog After Fighting?

One of a dog’s characteristics is being playful. So, it is likely that playing ends up in the fighting, causing stress amongst themselves. Some common reasons for fighting aside from play are food and attention. Sometimes, when they’re not in the mood, they could also snap.

Reminder: Never try to stop fighting dogs with your bare hands. You can spray them with water, or you can try to catch their attention with a distinct noise like a whistle to keep them away from each other. Always put safety as the top priority. Also, it’s best if you let their anger simmer down. Don’t dive in a fight right away especially when you’re not protected.

What to Do When Your Dog Bites?

Most dogs are territorial. Biting is one of their natural behaviors. It is their way of showing who is superior to the other. But if biting is triggered due to other reasons, then that’s another story.

It is their natural instinct that plays a great role in how they would react to things. For example, if a dog was a victim and was traumatized by someone who holds a stick to use for hitting him, then there would be a tendency that this dog will react based from that bad memory.

That said, when any person with a stick try to get closer to the dog, and it recalls that specific memory that caused him pain in the past, he is more likely going to act aggressively. It will always be their initial reaction to protect themselves, and biting is one of their ways to defend themselves.

Here’s how to discipline a dog that bites.

Hitting Versus Not Hitting Dogs

When you hit your dogs, they will possibly adopt these behaviors:

While a little spank here and it is harmless and effective, we can also discipline a dog without hitting them. When you stop hitting your dogs as a form of discipline, you’ll see positive changes more often.

Some people believe causing pain to dogs can help them become more disciplined. However, this is always not the case.

Upon reading this article, you are now aware that it’s actually possible and easier to discipline them by encouraging good behaviors as early as possible. In this way, you can win your dog’s respect and make them more attentive without doing any violent disciplinary actions towards them.

For dog owners out there, the tips above are just some of the most effective, safe, and pet-friendly ways to discipline them. But, if they still don’t work, it’s best that you consult professional help before their bad behaviors get worse – you and your family’s safety should be your priority.

The Best Dog Repellents and Deterrents in 2022

The Best Dog Training Collars in 2022

The Best Invisible Dog Fences in 2021

The Best Dog Training Treats in 2021

Preparing Your Anxious Dog For A Vet Visit

How to Train Your Dog Not to Steal Food