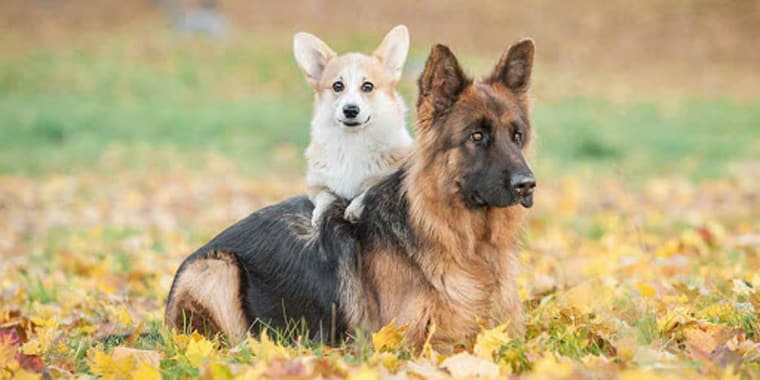 German Shepherds is a work dog originally bred for herding sheep. It is also a popular choice of dog breed for other various types of work such as search-and-rescue, military and police work, and service dog for the disabled. Known for their vigilance, loyalty, strength, obedience, and trainability; they make excellent guard dogs for your home and are also very family orientated.

These medium – to large-size dogs are also mixed with other breeds resulting in dogs that display the best traits of both. Here are a few German Shepherd mixes: 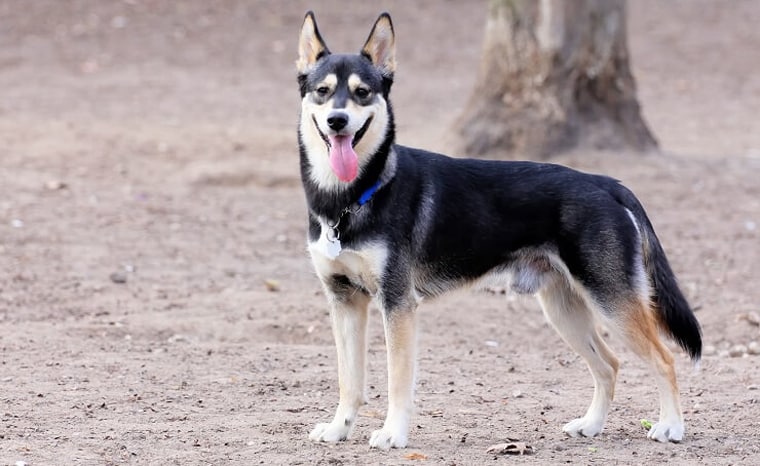 Also known as Gerberian Shepsky, this breed is a mix between the German Shepherd and Siberian Husky. The Siberian Shepherd are large-size dogs, weighing between 45-50 lbs. and reaching 20-35 inches tall. Their eye colors are mostly black and brown but because of their Siberian Husky lineage, they can also acquire striking blue eyes. They can be very picky eaters, dog food for German Shepherd should contain 25% protein for grain-rich foods and 30% protein for grain-free foods.

Due to having both parentages as work dogs, this breed is very energetic and will need daily exercise. They should be taken out for exercise for one hour or more at least twice a day. Be sure to avoid doing excessive exercise when they are still puppies because their growth plates haven’t fully set yet.

Placing stress on their developing growth plates can cause long term injury. The Siberian Shepherd is very playful, so be sure to have scheduled playtimes and toys around the house to play with. 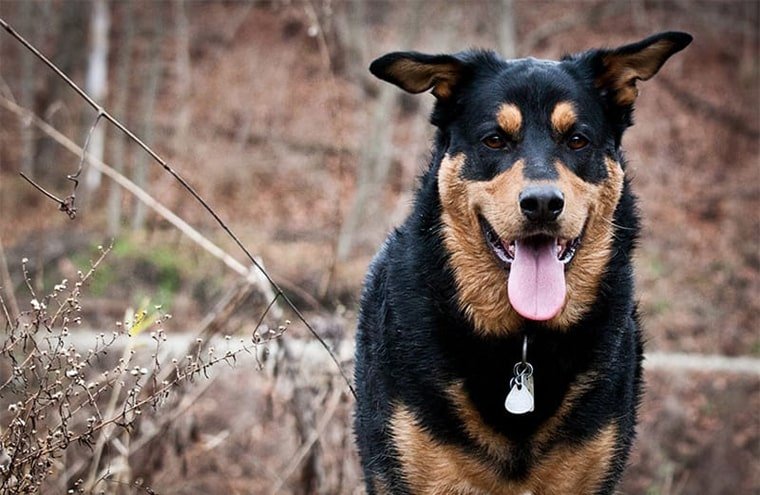 This breed is a mix between the Rottweiler and German Shepherd. Due to having two large-size dogs as parents, the Rottweiler Shepherd will most certainly be a large dog. Fully grown, it will weigh around 77-115 pounds and standing around 22-27 inches tall.

The Rottweiler Shepherd will most likely have a thick coat of fur, its length depending which parent the puppy will take after and will either be a solid or mix colors of black, cream, silver, white, blue or tan.

Proper training and socialization with other people and dogs at an early age can help them be more comfortable around strangers and lessen their aggressive behavior towards them. 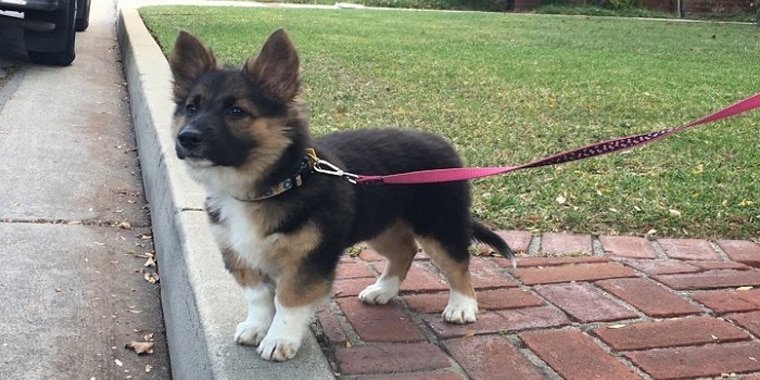 This designer-breed is a mix between the Welsh Corgi and German Shepherd. The Corman Shepherd has very high energy levels and will need exercise for a half-hour to an hour every day and various play sessions.

They are very family orientated and interact well with children in the household but can be protective and unfriendly around strangers. You can expect the Corman Shepherd to be medium or large-sized. Weighing around 20-70 pounds and reaching somewhere between 12 to 15 inches in height.

The Corman Shepherd can be stubborn at times but this can be mitigated with proper training while they are still at a young age. They also tend to herd you and other humans around. They can be a very protective breed thanks to their German Shepherd parentage.

They can make a great companion when living alone or a family looking for more security in the house. Overall they are a very playful and loving companion to have around. 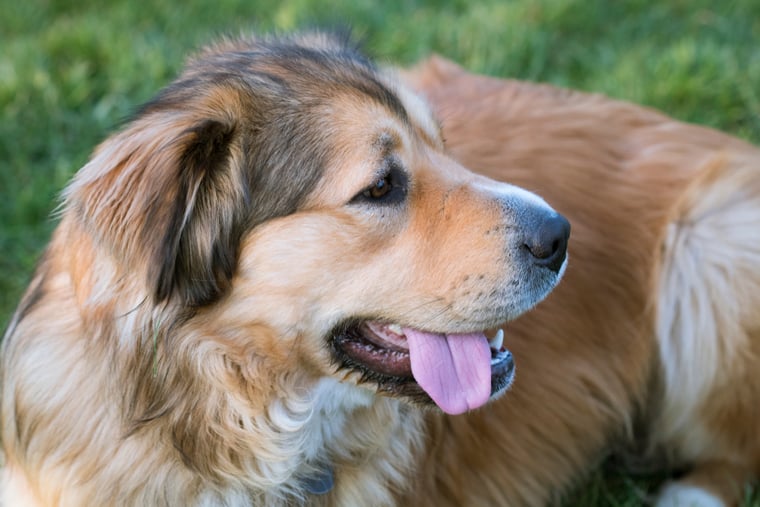 This breed is a mix between two of the most popular dog breeds in the world, the Golden Retriever and German Shepherd. A very energetic dog, the Golden Shepherd will need exercise for at least an hour daily.

They thrive best when living in a spacious home with a yard to play around in. If you’re a newbie dog owner, they can be a handful; but if you’ve got experience in handling and training dogs the Golden Shepherd can be a great all-around companion.

They are great at interacting with kids and if trained properly at a young age, they can also be great with strangers and other pets too.

There’s a chance they can inherit the overprotective nature of their German Shepherd parents, making them great watchdogs.

The Golden Shepherd is a large dog, they can weigh around 55 to 85 lbs. and can reach around 20-26 inches in height. Their coats are sometimes solid or mixed colors which can range from tan, red, cream or black. 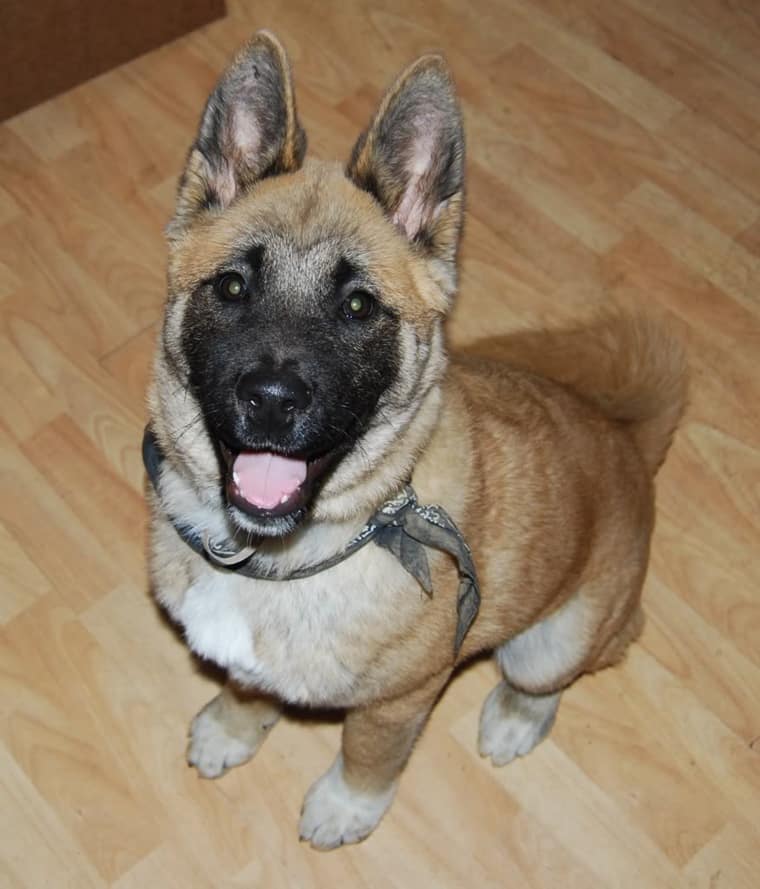 This breed is a mix between the Pug and German Shepherd, making a very interesting looking dog. The Shug is part of the medium dog breeds category, fully grown they can weigh between 45 to 50 lbs. and reach about 11 to 15 inches in height.

Their life expectancy is around 12 to 15 years. The Shug is a very energetic and joyful dog but can be stubborn at times, taking from its Pug parent. They can be great companions for apartment living, provided they get their daily dose of exercise and fun activities. The Shug can be aloof around strangers due to its German Shepherd parentage but with proper training, they can be great around strangers and other pets.

Due to its Pug parentage, the Shug may inherit the short nose trait. This can hamper their ability to breathe properly, so take care not to overexert your Shug during playtime and exercise. Always keep a bottle of water ready, especially during hot weather. 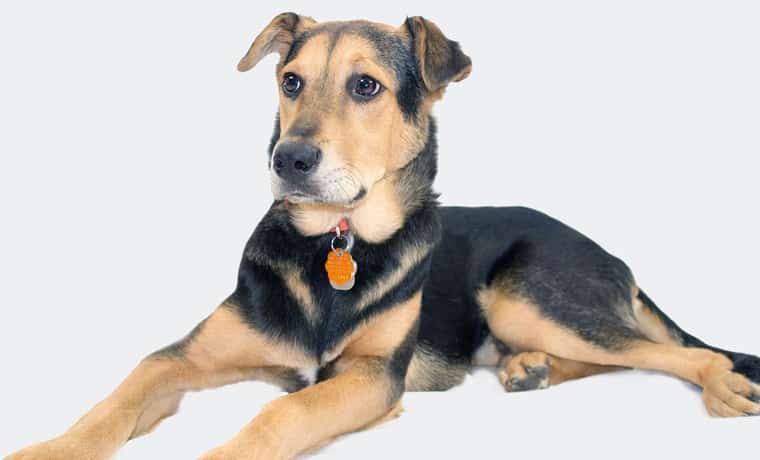 Also known as Sheprador, this breed is a mix between the Labrador and German Shepherd. The LabraSheperd is not officially registered as a dog breed in major dog breed registries like the American Kennel Club (AKC). However, they are registered in designer breed registries such as Designer Breed Registry and Designer Canine Registry that recognizes designer breed dogs. An average male LabraShepherd can weigh somewhere between 65-88 lbs. and reach 22-26 inches tall.

The LabraShepherd, like most German Shepherd mixes, is a very energetic and highly intelligent dog and will need daily exercise and stimulation to prevent boredom and destructive behavior. A LabraShepherd can have a mix of traits from both its parents. From the loyalty, bravery and obedience of the German Shepherd to the friendliness, outgoing, and happiness of a Labrador making this breed a great all-around companion to have around.

Final Word
There are plentiful of German Shepherd mixes out there, all of which bring out the best traits of the German Shepherd. Just like with any dog breeds, they will require proper training at an early age and lots of love and patience from you to help them learn and enforce proper behavior once they reach adulthood.