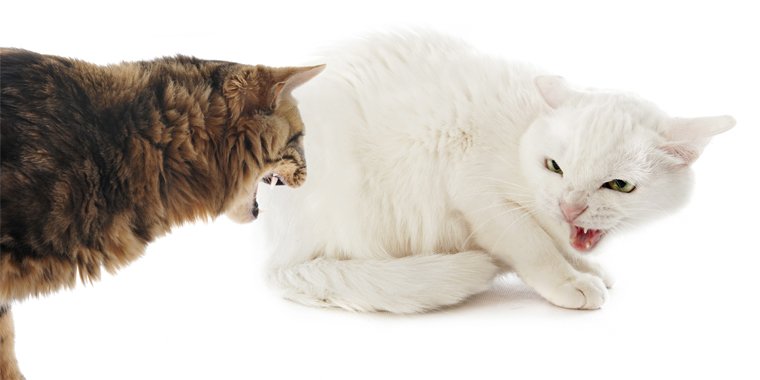 What To Do If Your Cats Conflict

In the US the cat is the second most popular pet type. Cat experts like Kitten Lady recommend that you have more than one cat, because they are happier that way. The problem is, it isn’t always simple and easy having more than one cat.

As much as all cat owners would love a house full of kitty harmony, it just isn’t a given. Some cats clash, which can be really stressful for both the cats and the owners.

There are lots of reasons that cats may not find a way to live alongside each other peacefully. Believe it or not, that’s good news. It means there are lots of opportunities to correct the situation and have a house full of purring, rather than fur flying.

If a cat grew up with little interaction with other cats when they were younger they may well be reactive when a new cat is introduced to your house. He’s lacking the skills to know how to interact, he may be scared of this new situation, and he will likely feel defensive of his home.

Sometimes cats can be highly territorial. All cats are territory over pack (compared to dogs who are pack first, then territory). Some, however, are extremely territorial and like to keep well away from any neighboring cats. So if a new cat is suddenly introduced to your home, a particularly territorial cat will be reactive.

Sometimes cats can conflict because they have been introduced in the wrong way. Introducing cats in a way they feel trapped, or where they haven’t had a chance to get used to each other, can get things off on the wrong foot.

Something Unpleasant Is Associated With The Other Cat

Sometimes a change in a cat’s smell, a loud noise or trauma associated with the other cat, or some other unpleasant change or occurrence, can be the cause of a cat’s relationship change. 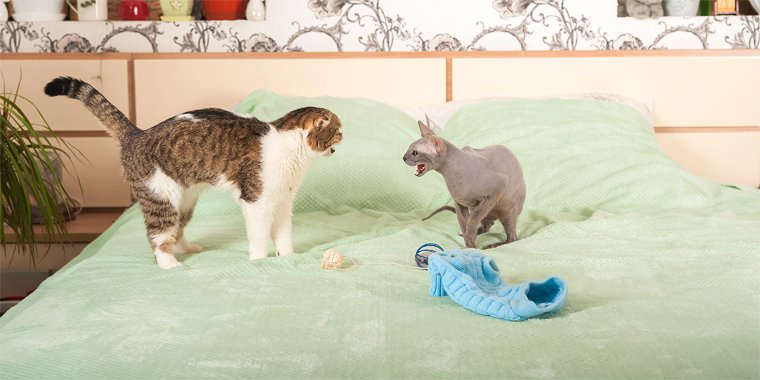 Sometimes as cats age they can become grumpier and less tolerant of other cats. Cats who are maturing from kitten hood can also become more sassy with other cats because they are socially maturing.

Sometimes a cat is unwell and so they become aggressive because they are in pain. If one cat is uncharacteristically aggressive towards the other cat and you, it could well be because they have an underlying health condition or injury. 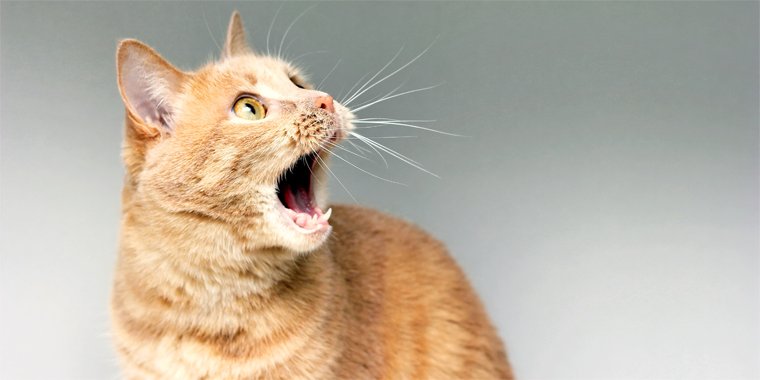 Sometimes cats are aggressive for several reasons. They could be maternally aggressive because they are pregnant or protecting kittens. Some cats may be play aggressive to the point it goes too far with both cat housemates, and human housemates. Understanding why or how a cat is aggressive can help you find a route to solving the problem.

What To Do In A Situation Of Kitty Conflict

To prevent conflict, or manage conflict as it is occurring you should:

Sometimes It Is Time For A Fresh Start

If you have mild aggression in cats or cats who used to like each other but now they don’t, it could be a good idea to allow the cats some forced space, followed by a slow reintroduction. This should be done carefully, and as though the cats have never met before.

You may wish to do this with the help of a behaviorist or your vet to ensure that you’re using all the tools in the box to boost your chances of it working.

You can find some handy ideas on cat introduction and bonding in these videos:

The key is to work really slowly, allowing bonding to occur, and your cats to associate positive feelings with each other. It can take time but the result is worth all the effort.

The Cats Still Won’t Get Along…
If your cats are still total enemies and you still haven’t consulted a behaviorist, now could be the time to do so.

If your cats just do not get alone at all, and you have tried absolutely everything to fix it, unfortunately, the best option may be permanent house separation or rehoming. Cats that do not get along at all will be stressed which is bad for them and you, so a permanent solution must be sought for happy kitties and owners all around.

“A happy arrangement: many people prefer cats to other people, and many cats prefer people to other cats.” – Mason Cooley

Kitty war is no fun, but it can be resolved with the right approach and patience. Hopefully with the guidance above, trial and error, your kitties can become the very best of friends. Or at least they can tolerate each other for the perfect home environment for the whole family, four legs, two legs and all.