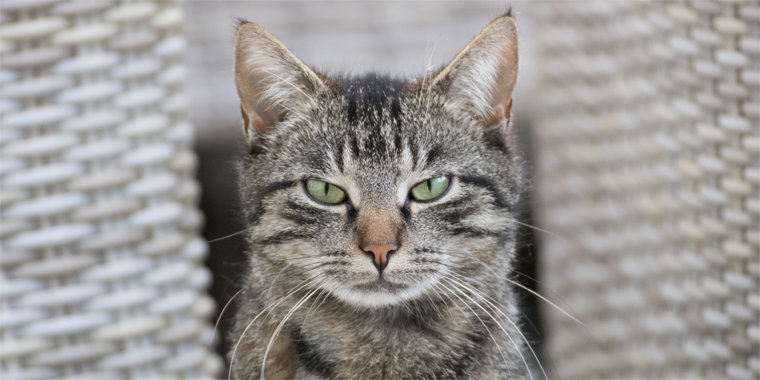 How To Calm An Angry Cat?

Struggling with a spitty Susie? A shanky Sharon? A swipy Steven? We feel for you. There is nothing worse than having a creature in your home with inbuilt paw and mouth weapons they are aiming at you. It’s even worse as an owner because you want your pet to be happy, not angry. So, what do you do when you have an angry cat?

The very first step you should take when you want to know how to calm an angry cat, is to ask why that cat is angry in the first place. Unless he is just a grumpy Gus, there could be something serious that needs addressing ASAP. Here are some reasons that your cat could be angry:

Cats may become protective of an area that is hurting them. They are also naturally solitary when they are in pain. It can be easy to identify if a cat is in pain by considering the following:

It may be that your cat is in pain and that is why they are angry. If that is the case, you need to get them to a veterinarian ASAP.

One of the most common reasons a cat is acting in an angry way is because they are scared. Often a cat will hiss and swipe at strangers because they don’t know that person. They can also express fear at something they associate with pain, such as a child who pulled their tail. They could be fearful of where they are, new sounds or new pets. 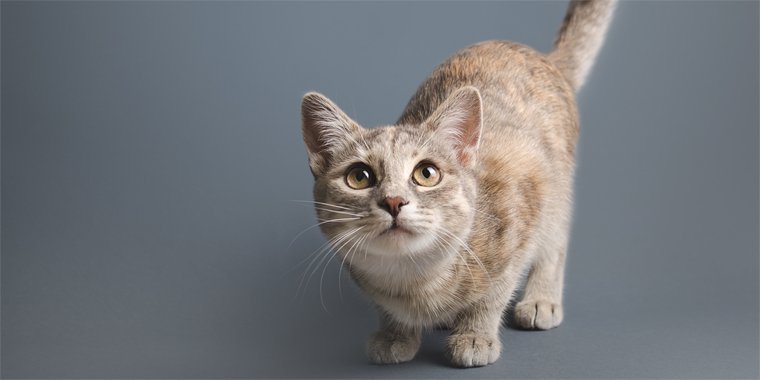 Cats are also very sensitive to smells, so if you’re using a new perfume or soap, they could be responding to that.

It is likely you won’t know why your cat is fearful right away, but after some observations you are likely to figure out the source of their fear, which is showing itself as aggression.

Sometimes cats are frustrated through boredom or a lack of being able to fully express their desires and they can become aggressive because of this. A good example is if you play with a cat repeatedly with a laser pen, or a string, but you never allow the cat to ‘win’. If they never have the chance to ‘catch their prey’ and let those feelings out, this pent up aggression can end up being taken out on your arm.

Your cat may also be aggressive because of:

Prevention Is Better Than Cure

It is important you do everything you can to prevent your cat getting angry in the first place. The best way to do that is to provide adequate stimulation and accessories to allow him to act out natural impulses. A happy cat in the home requires:

With the right environment and care, your cat can be a happy feline, hopefully avoiding any issues that may cause him to become angry.
Recognizing When A Cat Is Angry

If your cat does become angry one of the most important things you can do is recognize that anger. This will avoid the situation escalating, and help you avoid losing any limbs. It is important to note that cats can switch between afraid and angry in seconds, so recognizing fear is important too. Here are some signs that a cat is afraid or angry:

You can learn more about cat body language here, in a video from cat whisperer Jackson Galaxy.

How To Calm A Cat Down When Angry

When dealing with an immediately angry cat, there are lots of things you can do to calm it down such as:

Once a cat is fully aggressive, it will be difficult to intervene. If you can, however, interrupt the aggression once the signs begin, you may stop it turning into a full blown episode. You can distract them with a toy, whistle or by making a gentle but distracting noise. It is important you do not interrupt them by touching them or approaching them as this could lead to you getting hurt.

There is training you can do to teach the cat how to behave in a better way. Often the first step will be ensuring they are as happy and stimulated as possible. If they still have a tendency towards aggression, special training with cat treats, play methods and directing them towards certain accessories, like scratching posts, can help. For example; stopping play when your cat gets aggressive and only returning when they are playing nicely can be an effective way to train them to behave well.

Behavior modification is usually done with the help of a professional animal behaviorist. It is used in extreme cases where a cat may react with fear and aggression when he is touched. Special techniques help the cat begin to slowly associate being touched with positive feelings.

Allow It The Chance To Escape

If a cat feels threatened and cannot escape he may react aggressively. If you give him the chance to escape and be in his own space the aggression should stop. This may be appropriate at a time when you have visitors, or the children are being loud and your cat needs the space to remove himself from the situation.

There are special plugins and sprays you can buy that are designed to calm a cat down. They are not always useful for every cat, and they can be expensive. However, they could be worth a try if you want to help reduce a cat’s anxiety easily and gently in your home.

If your cat is aggressive, and especially if that aggression is out of the blue, you must consult a vet before trying anything else. Your cat may well have a medical issue that needs addressing as a priority. If they get the all clear, as you can see above, there are plenty of methods and products to try to help that kitty keep his shanks to himself.